We've released a new version for the iPad! One key enhancement we're excited to share with you is the added ability to upload PDF and Docx type documents!

Check out all the 3.12.2 enhancements and bug fixes below!

Callsheet: Added a new 'Document' icon to Callsheet, indicating which tasks have a document linked to them. 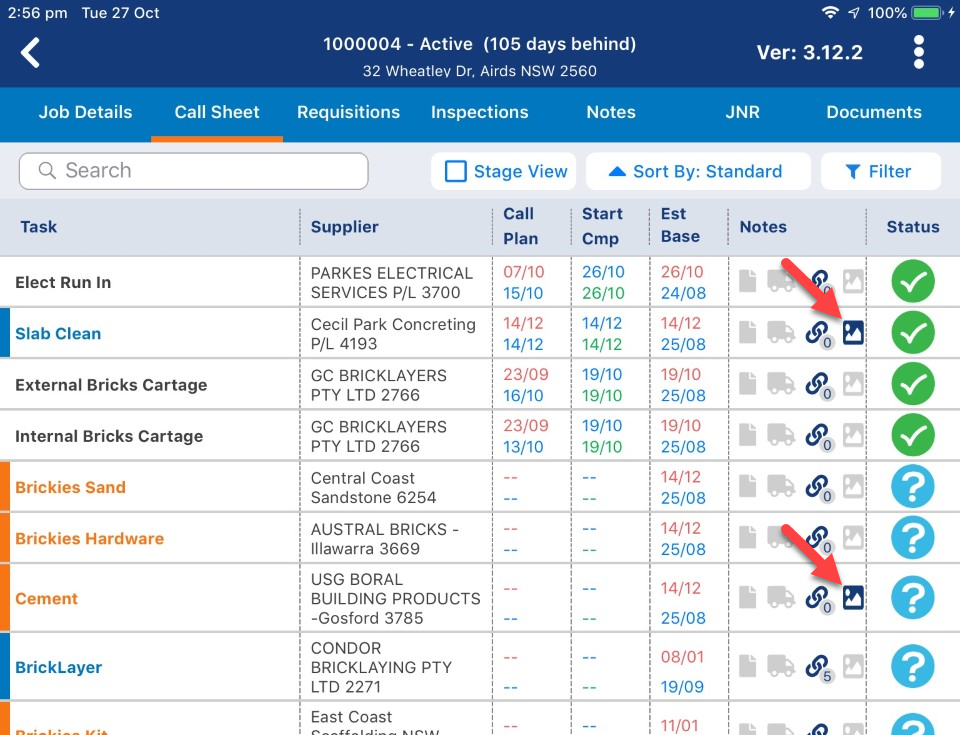 Tasks: Removed the 'Split' submenu from the task Action menu- the 'Split Task' options are now the first options in the list. 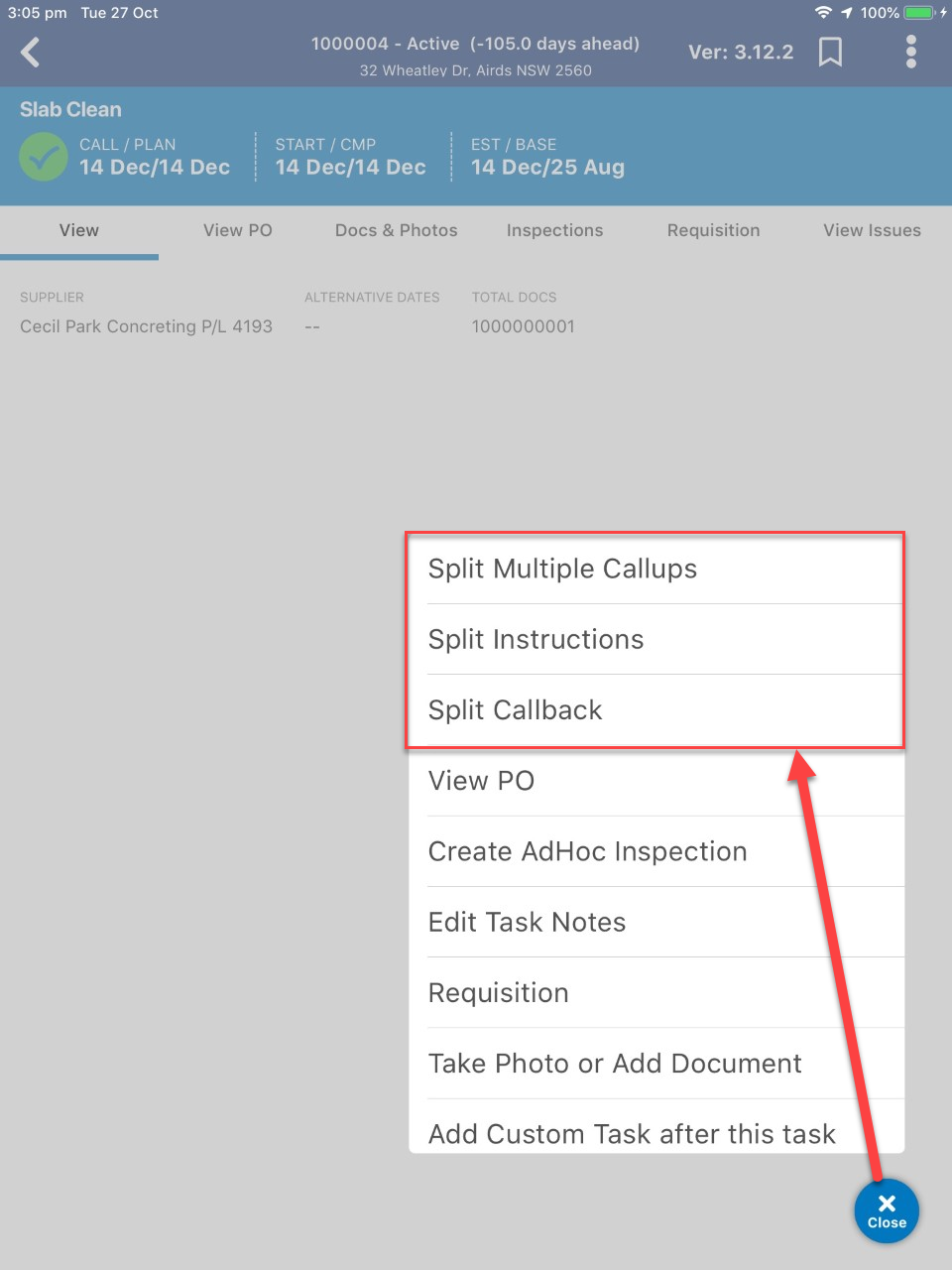 Documents: Added support to upload .pdf and .docx documents to ClickHome from iPad. 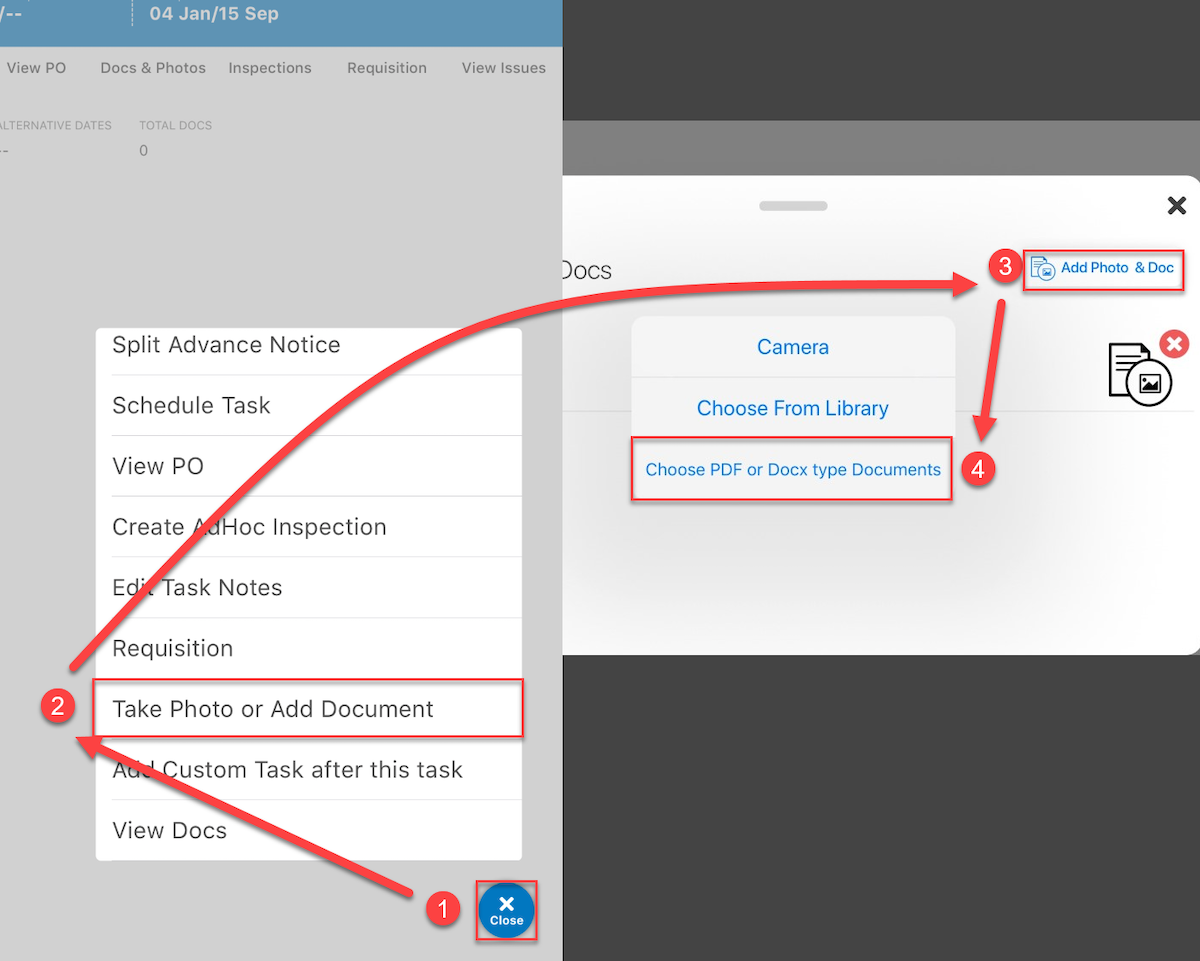 Requisitions: Relocated the 'Cost Code' dropdown when creating a requisition so more than 1 cost code is visible when the keyboard is displayed. 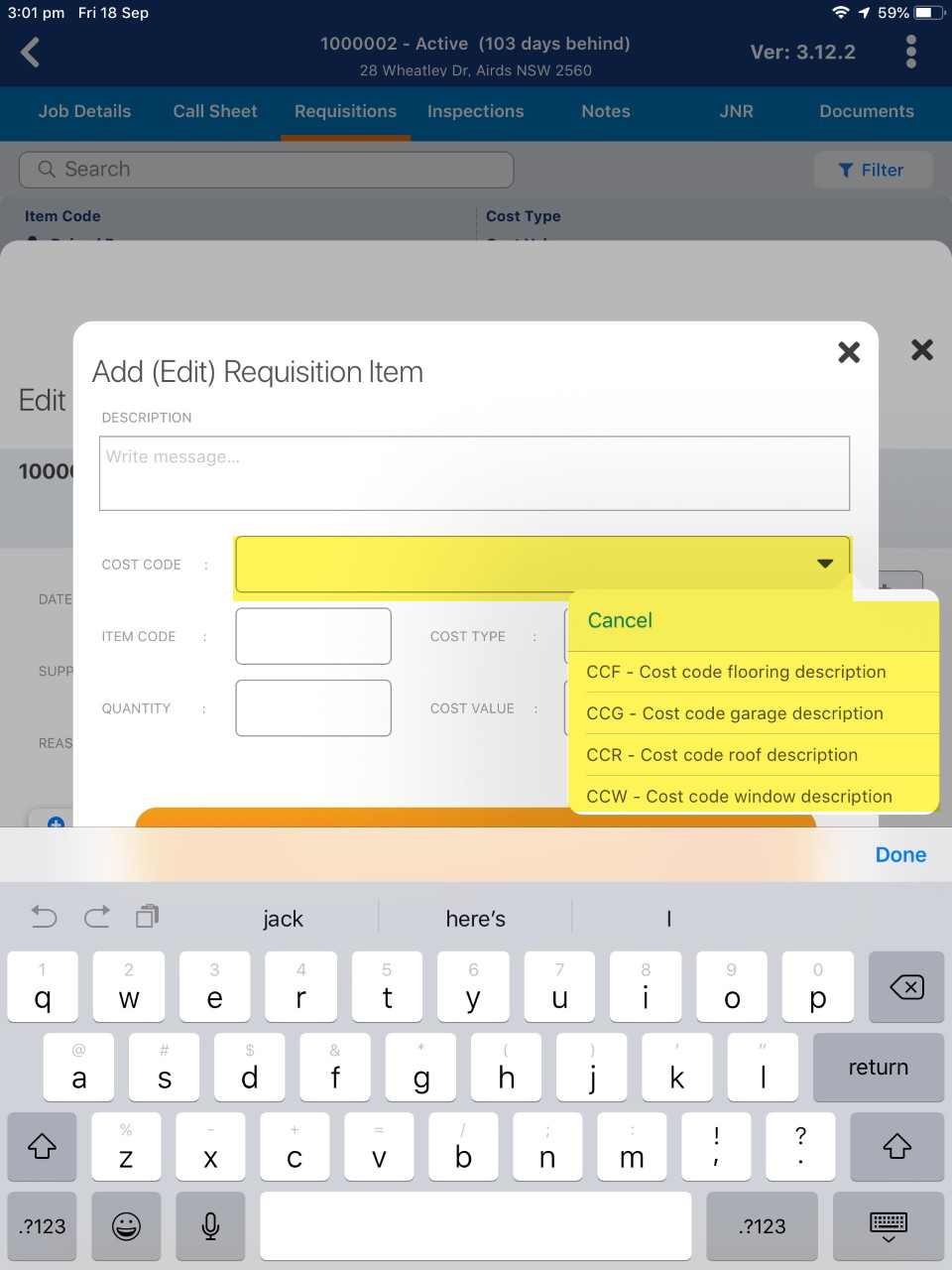 Calendar: Users can now swipe left on a task in the Calendar to complete the task. 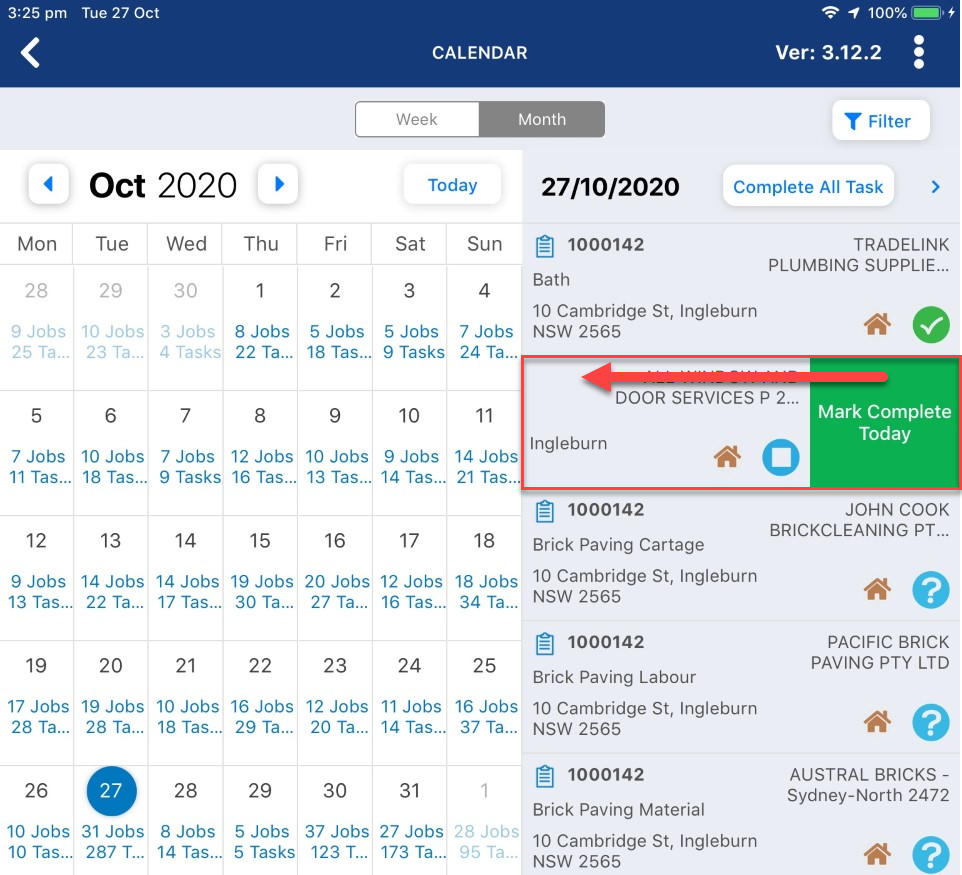 Callsheet: Added new sort order to callsheet- 'Date Modified' will show the most recently created, scheduled and completed tasks at the top.

Schedule: When rescheduling a Key Task, the due date of any linked tasks will be moved, similarly to how the planned date of linked tasks are already moved.

Tasks: After creating a Split Task, the user is now taken to the new task instead of the callsheet.

Inspections: Removed the 'See More' buttons from the Inspections screen.

Approvals: Users can now access Approvals that they are meant to, when they do not have access to the Approval's contract.

Requisitions: Moved the 'Save Requisition' button in the Edit Requisition screen so that it is always visible.

Miscellaneous: The 'Back' button in the Sync screen will now return to the previous screen instead of Home.

[FIXED] Calendar: Resolved a bug where certain tasks would not appear in the 'Calendar' screen.

[FIXED]  Tasks: Fixed a bug where '//Callback' was added to new split tasks, regardless of the Split type.

[FIXED]  Tasks: Fixed a bug where the user could not search for resource codes by name when creating a Custom Task.

[FIXED]  Jobs, Notes: Fixed an issue where jobs would display the incorrect notes in the 'Job Details' tab.

[FIXED]  Schedule, Wizard: Fixed a bug where the 'Find Template' button under the Instructions tab would not work in the Wizard.